The Basics of Electricity as a Water Hose

The Basics of Electricity as a Water Hose

To break electricity down into an easier concept to understand you can picture it like a water hose. The three most basic concepts of electricity are voltage, current, and resistance. Voltage is like the pressure that pushes water through the hose, it will be measured in volts (V). Current is the diameter of the hose, the wider it is, the more water will flow through. It is measured in amps (A or I). Resistance is represented if something like rocks or sand is slowing the water down, it is measured by ohms (R or Ω). Visualizing the electric current this way makes it a little easier to bite off. 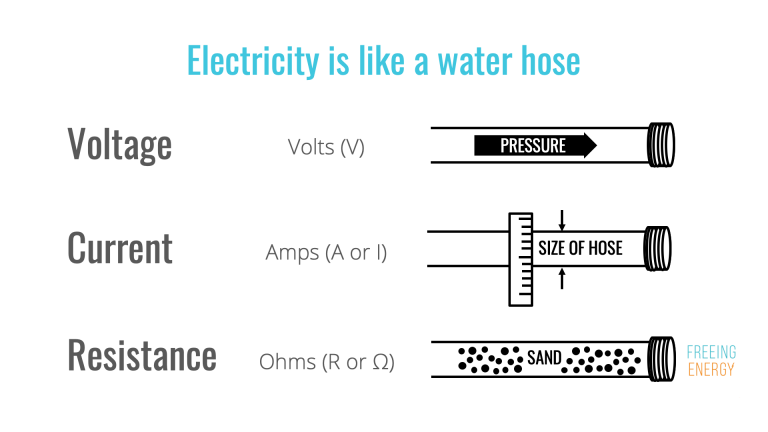 These three all work and depend on each other, if you change one, the others will change along with it. Saying this, voltage is equal to current multiplied by resistance (V = I x R). Same thing if we apply it to water, if you add sand into the hose and keep the pressure the same, it’s like reducing the diameter of the hose… less water will flow. 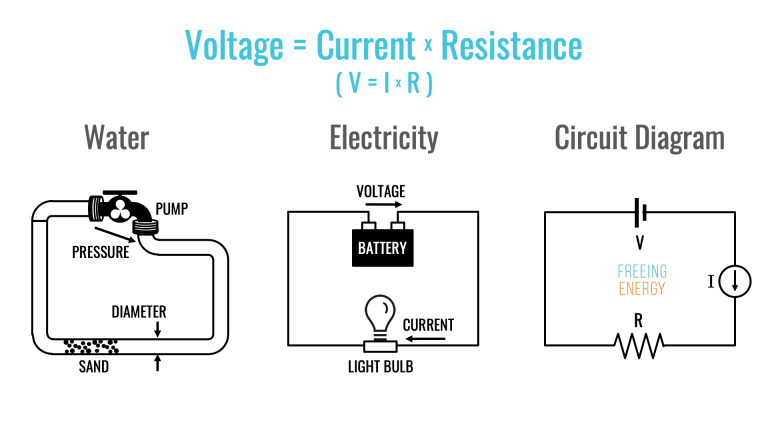 Well, how does electricity work in electronics and the grid?

Direct Current or (DC)  is similar to the normal flow of water in a hose – it flows in one direction, from the source to the end. DC was originally supported by Thomas Edison in the famous current wars of the late 1800s. DC lost the war for the grid but it is used in modern day electronics like televisions, computers, and cell phones.

Alternating current, often known as AC, is analogous to water running back and forth in a hose multiple times each second. Although the water analogy fails here, AC is easily produced by electric generators (also called alternators). AC over DC was championed by Nikola Tesla and George Westinghouse, and they eventually won. The global norm for distributing power to homes and buildings via the grid is presently alternating current (AC). 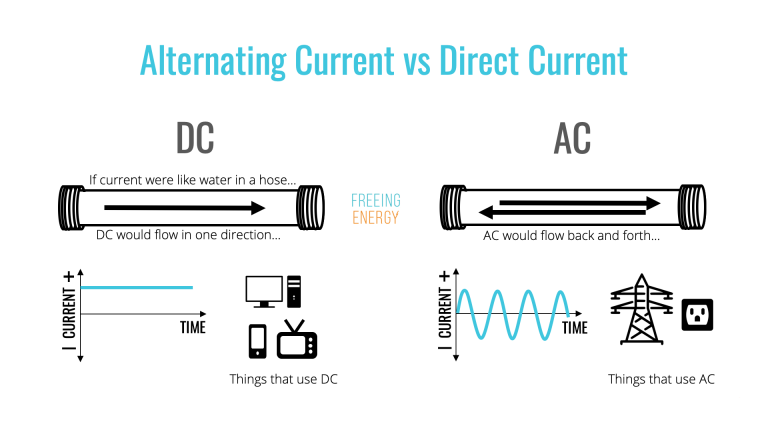 Still keeping the water hose analogy we can apply it to power and energy.

Power is comparable to the volume of water flowing from a hose at a particular pressure and diameter. Watts are the units of measurement for electric power (W). Kilowatts (1 KW = 1000 watts) and megawatts (1 MW = 1,000,000 watts) are used to describe larger systems.

Energy is equivalent to measuring the volume of water that has flowed through the hose over time, such as filling a 5 gallon bucket in a minute. Electric energy and electric power are sometimes misunderstood, however they are two different things: power measures capability and energy measures delivery. Power energy is measured in watt hours (wh), but most people are more familiar with the kilowatt hours (1 kWh = 1,000 watt hours) found on their electric bills. Megawatt hours (1 MWh = 1,000 kWh) are often used by electric utilities since they work on a greater scale. 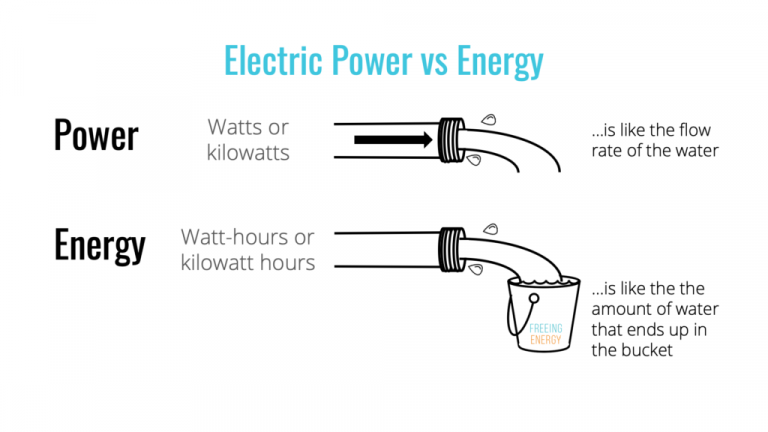 Hopefully, this has provided a useful overview of the fundamentals of electricity.

Boulder Electrical is a referral service to pair you with the top Electrical contractors in Boulder, CO area.